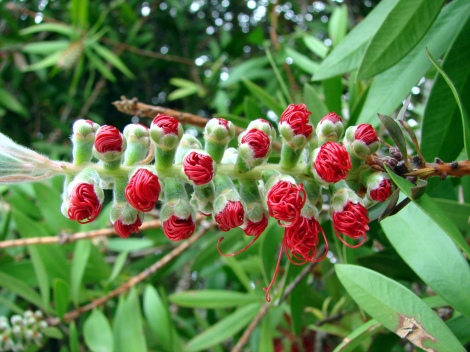 Stage 1, you get yourself 5 questions and answers.

Stage 2, you start listening to recordings of conversations using what you’ve learnt.

Stage 2 is a slight divergence from what many approaches suggest, and it’ll be hugely valuable for you – but Stage 4 is where you really begin to go off-road.

It’s a bit scary, which is why lots of people end up repeating Stage 3 over and over again until they lose the will to live (seriously – this kind of overload is one of the most common reasons I see for people falling out of love with learning a new language).

But once you get used to it, well, it’s genuinely magic.

In the simplest possible terms, Stage 4 is the introduction of a live person.  A genuine, breathing, live person.

Yes, I know what a frightening thought that is.

But as you will soon discover (if you haven’t already), your first live person will not actually throw anything at you if you make a mistake.  In fact, they might not even notice some of your mistakes!

Here’s how it’s going to work

Live people can be a little on the tricky side, even though most of them don’t (it turns out) breathe fire.  So you’re not going to use just any old live person at first – you’re going to do a little bit of careful vetting.

At this stage, you’re looking for someone who is willing to play a rôle.  They won’t need to dress up or anything – they’ll just need to restrict their own language use (at first) to what you’ve learnt already (with only the occasional exception, which they’ll need to be willing to explain).

Ideally, your first live person will be someone you already know and like.

If you don’t know anyone who speaks the language you’re learning, it’s time to go trawling forums, looking for language swap partners (I like the look of BabelVillage, as one example, or you could try searching for ‘language exchange’) or in the worst case scenario, forking out for a tutor.

BabelVillage looks particularly good for me because as well as letting you do a language swap (you speak English with someone else for x amount of time, and then get to do your target language) it also lets you specifically hook up with other people learning the same language as you – which is every bit as good, as long as you’re fairly evenly matched.

A tutor is not ideal at this point, because once you’ve found your first live person, you’re only looking for:

Five minutes a week of their time

Most tutors won’t (understandably enough!) agree to a five minute a week slot, so a language swap partner is almost certainly your best bet if you don’t already have a friend in mind.

Now, it’s important, even the very first time you reach Stage 4, that you try to arrange a weekly commitment straight away.

If you arrange a one-off, it is temptingly easy not to do it again straight away – because when you are put in a situation where you have to produce your new language, you suffer.  There’s no point trying to sugar-coat it – the experience of saying things in this new language of yours for the first time is going to be painful.

It’s an incredibly valuable pain, though, because it is actually strengthening the neural connections you need to help you produce the most useful words and phrases more and more naturally, and with less and less pain – so you have to stick at it, and a weekly commitment is the best way to do that.

If you want to increase your chances of success even further, make your weekly commitment in public.  You can find a few different goal-tracking websites here: http://lifehacker.com/5873909/five-best-goal-tracking-services – or you might like to use my favourite, www.chains.cc, and commit to sharing it on Facebook and/or Twitter every week.  It’s very well understood by now that public commitment to a goal significantly increases your likelihood of success.

Putting it all together

So, you find a person.  A live, breathing, scary person.

You ask them to commit to five minutes a week – ideally, same time, same place.

In your five minutes, you use as much as you can of your new language, and they restrict their responses (as much as possible) to material you’ve already learnt (yes, you’ll need to let them have transcripts of what you’ve been working on).

You’re obviously going to cycle through Stage 3 and 4 on multiple occasions – or, to be precise, you’re going to keep Stage 4 running while you revisit Stage 3.

So you need a tripwire.

A tripwire is a specific, obvious, measurable point at which you start doing something else – to make sure that you don’t get stuck in an endless cycle of Stage 3 and 4.

Once you have done 5 trips through Stage 3, once you have built, learnt and used 5 different, short (domain specific!) conversations, it is time for you to move on to Stage 5.

Do you think this extra clarity might be helpful for some learners you know who are stuck conjugating and learning lists and feeling that it all goes on for ever?  If so, do please share it with them…:-)

And if you’d like to hear via email when I publish new posts, just use the ‘Follow blog via email’ link below.

The 7 Stages of Learning a Language:

8 responses to “The 7 Stages of Learning a Language: Stage 4”