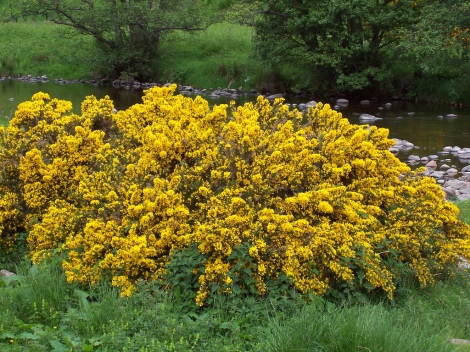 Have you figured out where you are on the 7 Stages yet?

There are three possible answers:

1 – yes, very clearly.  One of the stages we’ve covered so far is exactly where you are.

2 – well, sort of.  It all seems familiar, but you haven’t been working to quite such a clear pattern.  If this is your answer, it might be worth testing these ideas to see if they help give you extra momentum.

3 – no, not yet.  This means you’re at least partly beyond the first four stages – well done!

Stage 1, you get yourself 5 questions and answers.

Stage 2, you start listening to recordings of conversations using what you’ve learnt.

Stage 4, you introduce a real, live person, and start talking to them for 5 minutes a week.

Then you need the tripwire…

Once you’ve cycled through Stages 3 and 4 a total of 5 times, so you’ve built and used 5 separate domain-specific conversations, you’re ready for the next stage- which is a lot of fun, and more than a little unusual.

You’re speaking your new language for at least 5 minutes a week by this point – and you may have already started on the journey of increasing that 5 minutes bit by bit.

You’re getting lots of practice producing what you’ve been learning, and you’re practising hearing and understanding the person you’re talking to.

There’s a problem brewing away under the surface, though.

As you get used to understanding the person you’re talking to, you’ll feel increasingly confident, which is great.  At some point, though, you’re going to need to talk to other people.

And when you do that, if you haven’t prepared yourself with Stage 5, you’re going to have a nasty shock.  A ‘jump in an ice-bath’ kind of nasty shock.

However fast you think your practice partner speaks, that is nothing to first language speakers in the wild who aren’t trying to help you learn.

Be of good heart!

Stage 5 is going to make this much, much less painful for you.

Here’s what you need to do.

Put all the 5 dialogues you’ve built into one long dialogue.  It doesn’t matter if the dialogues are different enough to sound a bit awkward when you run from one straight into the next – but if you can blend them a little, that’s great too.

We haven’t quite finished, though.

Once you’ve got the recordings, take an audio editing tool like Audacity (or bat your eyes winningly at someone who’s happy to mess around with that sort of tech) and double the speed of the recording.

Don’t be nervous here – don’t decide to start at 1.5x and maybe do more later – just jump straight in at double speed.  And then make sure that you loop the results until you have at least a 5 minute segment of what will initially sound a lot like chipmunks.

Then you listen to this accelerated exercise for 5 minutes a day.

Sure, you can do more if you want to, but 5 minutes a day is all you’ll actually need.

In about a fortnight, you’ll find yourself wondering why your practice partner is speaking in such an exaggeratedly slow manner – and that will be clear evidence that your brain has physically adapted to the speed of input to which you’ve exposed it.

At that point, you’ll be more than ready to start testing bits of your dialogues with other people, and it will hurt much, much less than it would without Stage 5.

So, what happens next?

You’re reaching impressive heights here – you’ve come a long way in what might well be not all that much time, because you’ve focused so closely on real, functional language and the kind of serious challenges that build genuine communicative capacity.

Now, you keep working through Stages 3 and 4, and every time you reach another 5 dialogues tucked under your belt, you get them recorded and accelerated and add them to your Stage 5 routine.

And then you hit the next tripwire…

And that means it’s time for the biggest challenge yet – Stage 6.

Oh, you want to know what the next tripwire is?

I’ll see you next week, when I get back from election canvassing in Llangollen and Wrecsam…;-)

Do you think this extra clarity might be helpful for some learners you know who are stuck conjugating and learning lists and feeling that it all goes on for ever?

And if you’d like to hear via email when I publish new posts, just use the ‘Follow blog via email’ link below.

The 7 Stages of Learning a Language: